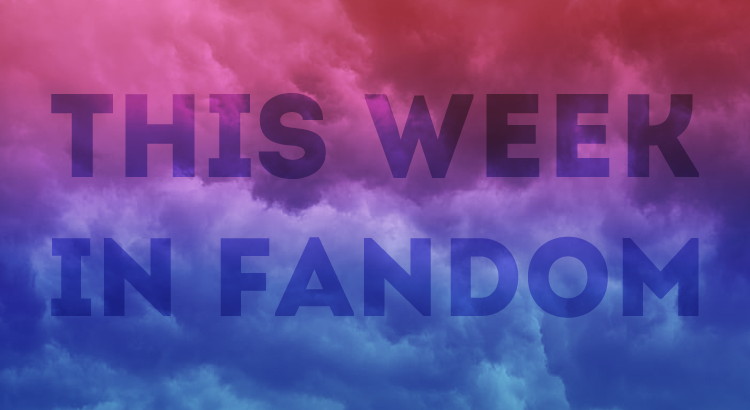 Hello and welcome to This Week in Fandom, the OTW’s roundup of things that are happening. We have a varied bunch of news items for you this week but first, have you taken a look at the OTW’s International Fanworks Day activities? IFD is coming up on Saturday 15th and we have an #IFDrabble challenge running right now. We’d love for you to get involved!

The big news across the entertainment industry this week was, of course, the Oscars ceremony, held in Los Angeles on February 10. Bong Joon-ho’s Parasite became the first foreign-language film to win the Best Picture award and picked up three other statuettes in the process, giving the director the opportunity to indulge in a little Oscar/Oscar shipping. We love to see it.

END_OF_DOCUMENT_TOKEN_TO_BE_REPLACED

The sixth annual International Fanworks Day will take place on February 15, 2020 and the OTW has many activities planned to mark the occasion, including some exciting new events as well as a few old favorites. Whoever you are and wherever you’re logging in from, the OTW cordially invites you to celebrate IFD with us!

Check out the post below to find out what we have on the menu for the days leading up to February 15. END_OF_DOCUMENT_TOKEN_TO_BE_REPLACED

Welcome to This Week in Fandom, the OTW’s roundup of things that are happening. Before we get started on everyone’s strong opinions about film and TV, we thought we’d let you know that the musical Hamilton is going to be screened in cinemas! Are you excited to finally get to see it, or did you manage to catch it live? Let us know in the comments!

This awards season, there’s been a spotlight on the Oscars for allowing us all to seamlessly repurpose last year’s hashtag #OscarsSoWhite – both because Cynthia Erivo, lead actress in Harriet, is the only person of colour to be nominated in any of the acting categories, and because everyone is waiting to see whether the overwhelmingly white Academy will leave Parasite in the Best International Feature Film category. Which was named Best Foreign Film until… this year.

Bong Joon-Ho has given several iconic interviews recently, telling Vulture that the Oscars are “not an international film festival. They’re very local”, speaking to Vanity Fair about his anxiety and how much he loves his wife, and receiving his BAFTA award with the message that “Once you overcome the one-inch-tall barrier of subtitles, you will be introduced to so many more amazing films.”. The media world is alight with speculation about whether Parasite will receive the wins it deserves – and perhaps if it does win, your UK-based blogger can finally find a showing in cinemas. END_OF_DOCUMENT_TOKEN_TO_BE_REPLACED

The Organization for Transformative Works (OTW) is a nonprofit organization run by and for fans to provide access to and preserve the history of fanworks and fan cultures. Make a Donation

Unsure which option to choose? Contact Communications and they'll make sure your message reaches the right place. You can also follow the OTW on your favorite social networking sites.